As War Keeps Poisoning Humanity, Organizing Continues to Be the Antidote 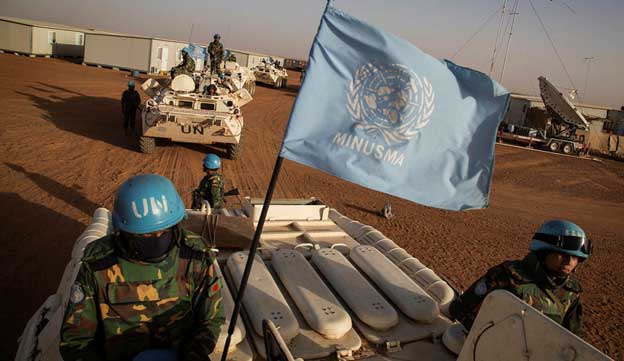 SAN FRANCISCO, USA, Sep 14 (IPS) – Last weekend, U.S. corporate media continued a 20-year repetition compulsion to evade the central role of the USA in causing vast carnage and misery due to the so-called War on Terror. But millions of Americans fervently oppose the military-industrial complex and its extremely immoral nonstop warfare.

CodePink and Massachusetts Peace Action hosted a national webinar to mark the 20th anniversary of 9/11 — the day before Sunday’s launch of the Cut the Pentagon campaign — and the resulting video includes more than 20 speakers who directly challenged the lethal orthodoxy of the warfare state. As part of the mix, here’s the gist of what I had to say:

When we hear all the media coverage and retrospectives, we rarely hear — and certainly almost never in the mass media hear — that when people are killed, whether it’s intentional or predictable, those are atrocities that are being financed by U.S. taxpayers.

And so we hear about the evils of Al Qaeda and 9/11, and certainly those were evils, but we’re not hearing about the predictable as well as the intentional deaths: the tens of thousands of civilians killed by U.S. air strikes alone in the last two decades, and the injuries, and the terrorizing of people with drones and other U.S. weapons. We’re hearing very little about that.

Part of the role of activists is to make those realities heard, make them heard loud and clear, as forcefully and as emphatically and as powerfully as possible. Activist roles can sometimes get blurred in terms of becoming conflated with the roles of some of the best members of Congress.

It’s vital for progressive activists to be clear about what our goals are, and to be willing to challenge even our friends on Capitol Hill.

I’ll give you a very recent example. Two leaders of anti-war forces in the House of Representatives, a couple of weeks ago, circulated a “Dear Colleague” message encouraging members of the House to sign a letter urging the chair of the House Armed Services Committee, Adam Smith, to stand firm behind President Biden’s 1.6 percent increase in the Pentagon budget, over the budget that Trump had gotten the year before.

The point of the letter was: Chairman Smith, we want you to defend the Biden budget’s increase of 1.6 percent, against the budget that has just been approved by the Senate Armed Services Committee with a 3.3 percent increase.

That kind of a letter moves the goal posts further and further to the liking of the military-industrial complex, to the liking of war profiteers, to the liking of the warfare state. And so, when people we admire and support, in this case Rep. Mark Pocan and Rep. Barbara Lee, circulate such a Dear Colleague letter, there’s a tendency for organizations to say: “Yeah, we’re going to get behind you,” we will respond affirmatively to the call to urge our members to urge their representatives in Congress to sign this letter.

And what that creates is a jumping-off point that moves the frame of reference farther and farther into the militarism that we’re trying to push back against. For that reason, my colleagues and I at RootsAction decided to decline an invitation to sign in support.

I bring up that episode because it’s indicative of the pathways and the crossroads that we face to create momentum for a stronger and more effective peace and social justice movement. And it’s replicated in many respects.

When we’re told it’s not practical on Capitol Hill to urge a cutoff of military funding and assistance to all countries that violate human rights — and when we’re told that Israel is off the table — it’s not our job to internalize those limits that have been internalized by almost everyone in Congress, except for the Squad and a precious few others.

It’s our job to speak not only truth to power but also about power. And to be clear and candid even when that means challenging some of our usual allies. And to organize.

At RootsAction, we’ve launched a site called Progressive Hub, as an activism tool to combine the need to know with the imperative to act.

It’s not easy, to put it mildly, to go against the powerful flood of megamedia, of big money in politics, of the ways that issues are constantly framed by powerful elites. But in the long run, peace activism is essential for overcoming militarism. And organizing is what makes that possible.

Norman Solomon is the national director of RootsAction.org and the author of many books including War Made Easy: How Presidents and Pundits Keep Spinning Us to Death. He was a Bernie Sanders delegate from California to the 2016 and 2020 Democratic National Conventions. Solomon is the founder and executive director of the Institute for Public Accuracy.

Carragher changes his mind as Liverpool star goes up in estimation

Carragher changes his mind as Liverpool star goes up in estimation