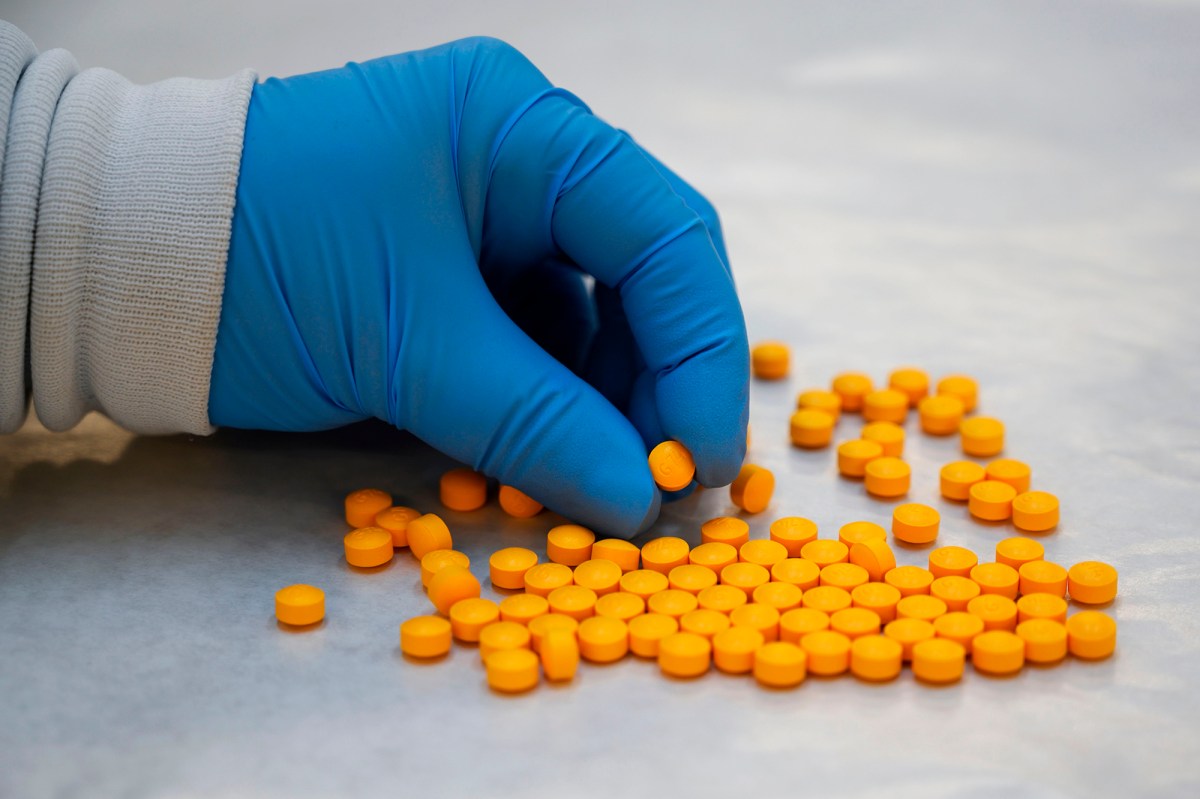 Under the settlement proposal, distributors McKesson, Cardinal Health and AmerisourceBergen are expected to pay a combined $21 billion, while Johnson & Johnson would pay $5 billion.

One day earlier, on Tuesday, the three distributors agreed to pay up to $1.18 billion to settle claims by New York state and two of its biggest counties, Nassau and Suffolk, over the opioid epidemic issue.

“There’s not enough money in the world frankly to address the pain and suffering,” said Connecticut Attorney General William Tong. He said the deal was the second-largest cash settlement ever, trailing only the $200 billion tobacco agreement reached in the late 1990s, adding that the money will “help where help is needed.”

Settlement money from the distributors will be paid out over the next 18 years. J&J will pay over nine years, with up to $3.7 billion paid during the first three years.

The distributors were accused of lax controls that allowed massive amounts of addictive painkillers to be diverted into illegal channels, devastating communities, while J&J was accused of downplaying the addiction risk in its opioid marketing.

The companies have denied the allegations.

The settlement also calls for the creation of an independent clearinghouse to provide all three distributors and state regulators aggregated data about where drugs are going and how often, a tool negotiators hope will help reduce pills being over shipped to communities.

The ultimate amount the companies may have to pay will depend on the extent states sign up for the settlement and confirm their cities and counties are on board.

The opioid crisis has been blamed for hundreds of thousands of US overdose deaths since 1999, but has hit some regions much harder than others, creating divisions among governments when it comes to evaluating the settlement.

The attorneys general said they anticipate broad support, which is required before the companies fully fund the agreement.

States will have 30 days to evaluate the agreement.

“The expectation is north of 40 and well north of 40 will sign on,” said North Carolina Attorney General Josh Stein.

Washington state’s attorney general, Bob Ferguson, said he would not join the deal. “The settlement is, to be blunt, not nearly good enough for Washington,” he said.

That state’s trial against the drug distributors begins on Sept. 7 and a January trial is set against Johnson & Johnson.

To get the full payout, a critical mass is needed. The maximum payment requires at least 48 states, 98 percent of litigating local governments and 97 percent of the jurisdictions that have yet to sue, a person familiar with the settlement said.

Electing to participate only guarantees a state 55 percent of its share of the settlement as a base amount, the person said.

The other 45 percent is contingent on the state through legislation or agreement being able to get its political subdivisions on board and assuring the companies an end to the litigation, the source said. Local governments have up to 120 days to join.

More than 3,000 lawsuits related to the health crisis, mostly by state and local governments, have been filed.

About half of the states have already passed legislation or signed agreements with their localities governing how settlement money will be distributed, according to Christine Minhee, who runs an opioid litigation watchdog project supported by an Open Society Foundations Soros Justice Fellowship.

Legislation does not guarantee success. In Indiana, cities and counties representing more than half of the state’s population exercised their rights to opt-out of any settlement after a law was passed limiting their cut to 15 percent and restricting lawsuits.

Hard-hit West Virginia had already signaled it will not participate in the settlement, after local governments opted last year to try to pursue their own deal in hopes of a bigger payout. The distributors are currently on trial in one case in the state.

“As of now, West Virginia is very likely a ‘no’ on these agreements, but we will continue to review all proposals and advocate for the best interests of West Virginians,” state Attorney General Patrick Morrisey said.

New Hampshire, which was deeply affected by the epidemic, also has not decided whether to join the deal, said James Boffetti, an associate state attorney general. He noted the state is suing J&J and the distributors.

“We will closely evaluate the terms of any settlements once we receive them,” he said. “I can’t say at this point whether or not we will join either settlement.”

Meanwhile, the crisis has shown no sign of letting up. The Centers for Disease Control and Prevention last week said provisional data showed that 2020 was a record year for overall drug overdose deaths with 93,331, up 29 percent from a year earlier.

Republicans are set to block an infrastructure bill in the Senate, pleading for more time for bipartisan talks.

‘World class’ Bielsa ‘should be at Barca’ over Leeds, claims pundit – Football365 'World class' Bielsa 'should be at Barca' over Leeds, claims pundit - Football365