Cinematographer to Watch: Eunsoo Cho of “August at Akiko’s,” “I Was a Simple Man,” & “Victim(s)”

Capturing physical and emotional beauty is one of the many jobs of a cinematographer. This is a skill Eunsoo Cho has developed throughout her years in the industry. She was born and raised in Korea, where she fell in love with film at an early age.

“I was a huge fan of Tim Burton’s films in my early teens,” Cho said in an interview with View of the Arts. “I dreamt to work with him one day and the cinematographers seemed to be the closest to the directors… Gradually, I learned what [cinematography] was and [found that] it was even more fascinating.”

She attended the Korean National University of Arts with a focus in cinematography, and later earned her MFA at the School of Cinematic Arts at the University of Southern California. Cho has worked in fiction film, documentary, and reality TV, and was one of the cinematographers for the 2013 NBC Sports reality show, “Nock Out.”

Cho has worked closely with Hawaiian director Christopher Makoto Yogi throughout her career, stepping into the role of cinematographer on many of his short films, including “November Ninth, We Stayed Up Late,” “Honolulu Rain,” “Layover, on the Shore,” and “Obake.” She also worked with Yogi on his two feature films, “August at Akiko’s” and “I Was a Simple Man.”

“August at Akiko’s” follows a young musician, Alex (Alex Zhang Hungtai), who returns to the Big Island of Hawai’i after a decade to try and find his grandparents’ home armed with nothing but his memories. His journey leads him to forming an unlikely friendship with Akiko (Akiko Masuda), an elderly Buddhist woman.

Cho worked alongside José Asunción on “August at Akiko’s.” Their cinematography brings the lush landscape of Hawaii to life, creating the backdrop to this moving and lyrical film. The scenery from the island moves and inspires Alex as the cinematography does for the audience. The lighting is kept natural, letting the scenery and characters speak for themselves. For “August at Akiko’s,” Cho and Asunción were awarded the Special Jury Award For Cinematography at the LA Asian Pacific Film Festival.

For her second feature with Yogi, Cho worked as the sole cinematographer. “I Was a Simple Man,” which premiered at the 2021 Sundance Film Festival, tells the story of a dying Hawaiian man who is visited by the ghosts of his past. 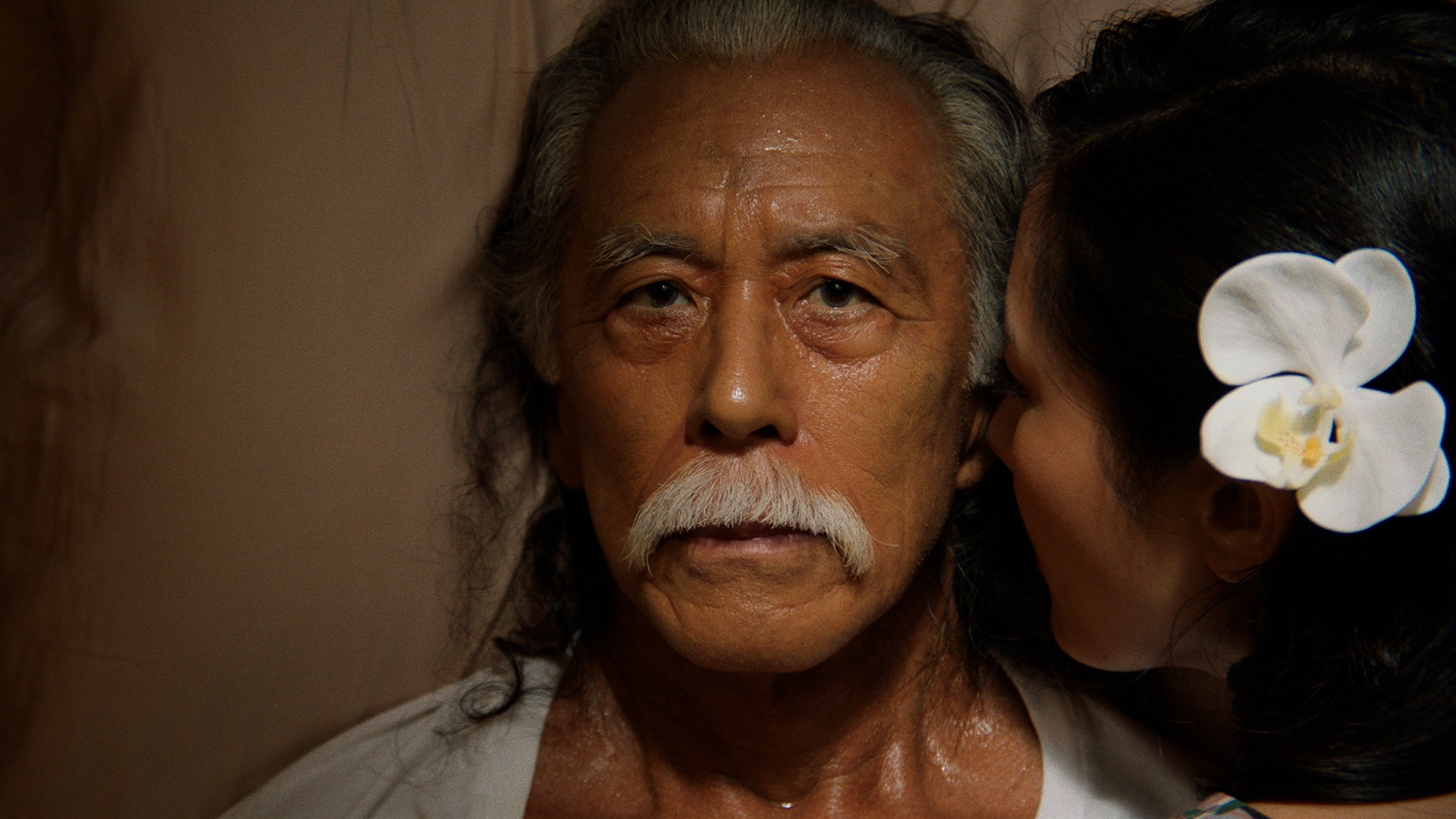 “I Was a Simple Man”

On creating the cinematic language of the film, Cho told Filmmaker Magazine, “The image of Hawai’i in my mind is lush, colorful, and soft. The greens are vibrant, the rocks and earth are dark, and the clouds and breeze are very playful and soft. The story of the film travels through space and time. I wanted a unique look for the story and the character of the island.”

The third feature film on Cho’s resume is “Victim(s),” a crime drama from director Layla Zhuqing Ji. The film, centering around the murder of a high school student, seems to be a sharp turn from the intimate personal tales of Yogi’s films — yet Cho’s shots feature the same care. She lends her artistic eye to a grim and heavy story, and the language of her imagery is consistent with the tone of the film.

With her striking cinematography, commitment to creating visuals that enhance a story, and close collaborations with directors, Cho’s impressive body of work is one that can be expected to continue to grow throughout the years.

“August at Akiko’s” is available to stream on the Criterion Channel and to buy on Amazon Prime Video. No word on a release date for “I Was a Simple Man” or “Victim(s)” just yet.

US Not Planning to Expand Training Programs in Ukraine, Army Spokesperson Says