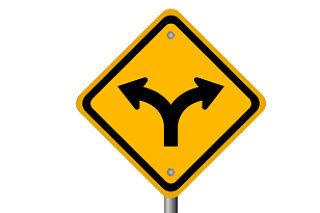 Several decades ago, early in the media coverage of the Catholic clergy sexual abuse scandals, a veteran Catholic educator gave me some sobering advice.

When dealing with stories about sexual abuse, he stressed, the usual doctrinal and cultural labels do not apply. There wasn’t a “left” or a “right” side of the story because there were people hiding their sins on both sides. When dealing with sexual abuse, most conflicts centered on issues of honesty and integrity and, most of all, a willingness to repent and admit that these sins and crimes were real.

I thought of that the other day when reading the Religion News Service story that started dominos falling in America’s largest non-Catholic flock: “Leaked Russell Moore letter blasts SBC conservatives, sheds light on his resignation.” (I apologize for getting to this story late, due to a week of travels with family, followed by a painful health crisis that has me rather drugged and could return me to an emergency room at any moment.)

Journalists and SBC insiders were not surprised that RNS scribe Bob Smietana was involved in breaking that story, in part because of his years of experience in the Nashville market at The Tennessean, as well as five years with Lifeway Research, an organization linked to Southern Baptist life. This is one of those cases in which a reporter can build on years of experience and contacts in a complex, massive organization and, thus, Smietana has been landing one SBC scoop after another in recent years. It’s crucial that this RNS story was supported by a post featuring the full text of the 4,000-word Moore letter.

The next key story, by Sarah Pulliam Bailey, ran in The Washington Post: “Newly leaked letter claims Southern Baptist leaders ‘covered up’ sex abuse allegations.” Click here (.pdf file) for a full text of this second Moore letter. It’s packed with material from crucial voices on both sides of this conflict, with most of them speaking on the record. This is another MUST read report.

The ink will be flying fast and furious, I imagine, as combatants prepare for the 2021 national Southern Baptist Convention, which will be held June 15-16 in Nashville, with preliminary gatherings two days earlier.

As Moore stated in the letter posted by RNS, many people will assume that this conflict centers on his highly public opposition to the presidential candidacy of Donald Trump. However, he stressed that he is convinced the main lightning rod was his efforts to fight sexual abuse inside the SBC, along with his bridge-building efforts to Black congregations, a growing and strategic network in the convention.

Let’s walk through a crucial chunk of that letter, starting with Moore’s claim that the Trump years — as opposed to the 2016 campaign — were a mixture of good and bad:

The lazy journalistic assessment would be that this is about the President of the United States. This has nothing to do with that. Y’all know my concerns about the perennial temptation toward political captivity of the gospel, and that will always and perhaps increasingly be a concern in this era. But this is not the issue here. Most Trump voters and supporters have been nothing but kind and encouraging to me — from Southern Baptist laypeople and pastors to Administration officials all the way up and down the ranks. Just as we did with President Obama, we express disagreement where warranted, but we do so respecting the office and doing so requesting a different viewpoint, not engaging in polemics or attack. And when we agree with what the Administration is doing, we say so and work to achieve good public policy as informed by a biblically-grounded ethic, again just as we did when we could under President Obama, and as I did, before I was in this role, with President Bush. The Administration has asked us to take leadership on too many issues to list here — from working on opioid and mental health concerns in faith-based communities to ensuring religious liberty for adoption providers to working on the plight of persecuted Christians and other religious minorities in China and elsewhere.

Chris Hillman of the Byrds on fame, faith and the roots-music ties that bind — GetReligion

NEW NewsBusters Podcast: When Joy and Brian Show Us Who They Really Are

Chris Hillman of the Byrds on fame, faith and the roots-music ties that bind — GetReligion

NEW NewsBusters Podcast: When Joy and Brian Show Us Who They Really Are

Hemmed in at home, not-for-profit hospitals look for profits abroad

We Love To See It! Black Dads Are Not MIA & Sean Williams Is On A Mission To Prove It Through ‘The Dad Gang’