‘Invincible’ Weaponized Our Expectations Against Us

How Amazon’s Invincible deploys a twist to strengthen its message. Amazon

Perception may be reality, but reality is hardly ever truth. We cultivate a truth we choose to present to the world in order to better shroud our own realities from prying eyes. In Amazon’s spectacular animated superhero series Invincible, based on the Robert Kirkman comic of the same name, this idea of refracted discernment is taken to its universal extreme. In doing so, Invincible leverages audience expectations to deliver a shockingly nuanced and mature series that only gets better as it goes.

Superhero fan or not, Invincible seems to understand human nature and the way of the world better than most.

Nolan Grayson AKA Omni-Man (J.K. Simmons) is the strongest superhero in the world—maybe the universe for all we know when we first meet him in the premiere “It’s About Time.” Adorned in a regal red and white uniform with a flowing cape, Omni-Man is a reassuring symbol to the world. A paternal protector. With his thick black mustache, salt-and-pepper hair, broad chest and imposing shoulders, he looks to be the epitome of all-American masculinity and strength despite being from an entirely different solar system.

Yet the Spider-Man-esque coming of age high school tale we thought we were watching through the eyes of his son Mark Grayson (Steven Yeun) is suddenly and violently upended by the end of the premiere. Without warning, Omni-Man savagely murders the world-protecting superhero team known as the Guardians of the Globe without any conceivable motivation. It’s equivalent to Tony Stark turning on his fellow Avengers in homicidal fashion. It’s a visceral moment drenched in blood and gore with decapitated heads, disemboweled entrails, and broken bones flooding our field of vision until we’re drowning in crimson.

In an instant, the entire trajectory of the show has been irrevocably altered. A slaughter of not just innocents, but heroes. It transforms what seemed to be a family-friendly tale of glossy might-is-right super powered beings into a story where anything is possible. The facade of perceived reality, like a funhouse mirror distorting our perception, is shattered and audience expectations are well and truly subverted.

This accomplishes two very important goals for the show. Number 1: it leaves you physically aching to find out why Omni-Man would commit such a primal, world-altering tragedy. The insatiable need to know keeps you watching. Number 2: it sets up the first season arc that delivers a heartbreaking payoff. 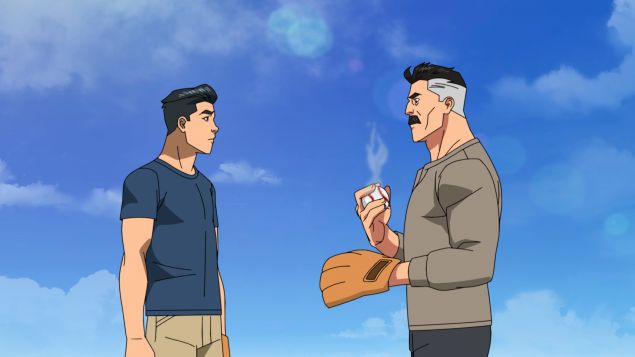 Invincible deploys buckets of blood in its action not only for a dose of vein-coursing shock adrenaline, but to hint at the truth behind perceived reality. Who we believe to be heroes are often villains, those who appear strong are often not strong enough to truly help. The way of the universe is forged through violence, for better and, much more frequently, for worse.

Omni-Man is a savage murderer masquerading as a savior. Mark AKA Invincible is just a callow and sheltered kid unaware of the harsh realities his birthright and station hold. No one is just one thing.

Viewers are naturally drawn to Mark, an innocent and well-intentioned 17-year-old trying to do the right thing. We root for him as a superhero. Based on the tidal wave of superhero content permeating pop culture, we’re conditioned to believe his journey will end in success. But it doesn’t. He’s beaten within an inch of his life in nearly every episode. His inexperience and naïvety gets innocent people killed. He fails more often than not. Time and time again, we’re shown that the righteous and pure will fall. Our expectations are used against us in a series of concussive, bloody blows.

The truths of each character, and what they represent, crystallizes over time as Invincible delves deeper into the violent realities of their lives. It stands in stark opposition to what both the in-universe population and we the audience believe superheroes to be. Aspirational figures, these are not.

The show’s title cards even get progressively bloodier throughout its eight episodes, with the premiere looking unrecognizable from the finale. 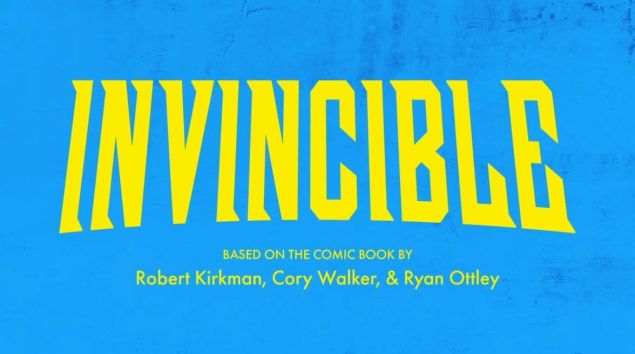 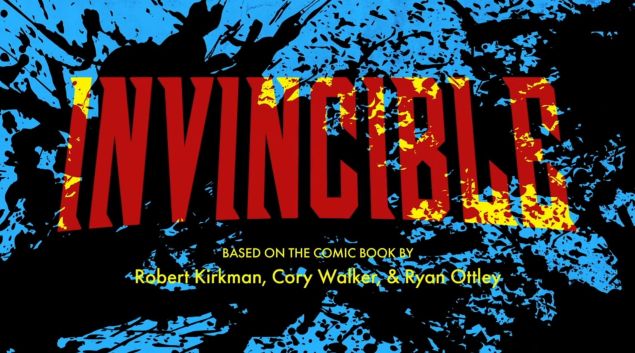 But violence is empty without deeper meaning. Anyone can hurt anyone else, particularly in the rules-free world of super powered animation. What really stands out about the way Invincible uses our own preconceived notions against us is how it culminates in a spectacularly well-earned conclusion.

Endings are difficult for modern comic book content. WandaVision‘s finale attempted to absolve our titular character of any wrong doing in a backward-thinking ploy for sympathy. The plot mechanics of The Falcon and the Winter Soldier failed to match the intended character development. In Invincible‘s finale Mark (and the audience) finally learn the truth about his father—he was sent from his homeworld to weaken Earth and prepare it for conquest. Our titular hero and surrogate then confronts his Dad and winds up being nearly beaten to death by a man he’s loved and admired his entire life. It is a core-shaking emotional finale that couples bloody bare-knuckle action with acute character trajectory.

From the moment Omni-Man murdered the Guardians of the Globe in the premiere, his storyline and nefarious subterfuge has paralleled Invincible’s pure-hearted yet bumbling nobility. The former is doing what he believes to be right for what he believes to be the right reasons. It’s rooted in his species’ idea of reality. Similarly, the latter is trying and failing to do the right thing for the right reasons based on the ideology of his homeworld. They are at once inseparable and intertwined as well as hopelessly oppositional. Their powerful arcs spring forth from that premiere twist, flowing from that moment in organically escalating developments.

Even their expressions of rage and bloodlust (again, not typically associated with “superheroes”) are strikingly similar despite being directed at one another. 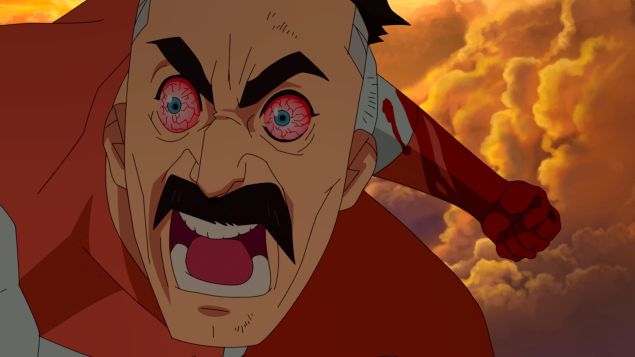 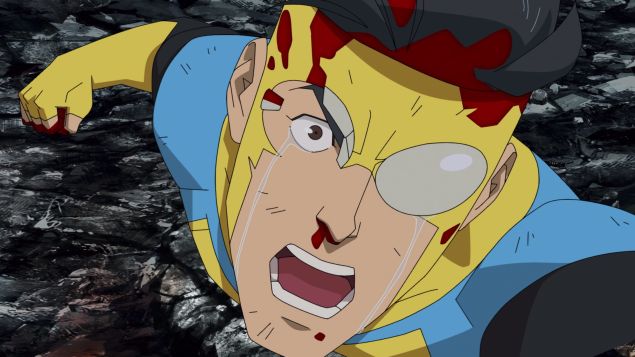 “Where I Really Come From” is such a violent and destructive finale, but leaves so much room for character nuance balanced on the razor’s edge of our hopes and expectations. It reveals itself to be a universe-spanning conflict that really boils down to the hearts and wills of just a few characters. Planets and entire galaxies are at stake, and yet the most heartbreaking result is the implosion of a seemingly idyllic and happy family. If your entire life has been a lie, how can you ever expect to know what’s real? How can you know yourself?

We don’t need to travel to the outer reaches of the cosmos or possess infinite power to understand the reality and truth of the universe. Amazon’s Invincible understands a more elemental sincerity: we are bound to and by those closest to us. That is the genuine experience of all human life and not even the gift (or curse) of super powers can diminish that indisputable fact. It’s a lesson Nolan may or may not have learned as a father by the end of the finale, which expertly sets up Season 2 without disrupting the flow of the series.

The power of expectations helps Invincible to entice, rewrite and intrigue, and then destroy. It works precisely because what you see is not what you get. In the end, the show argues that our only hope is that perception, reality, and truth can one day peacefully co-exist.

Keeping Watch is a regular endorsement of TV and movies worth your time. 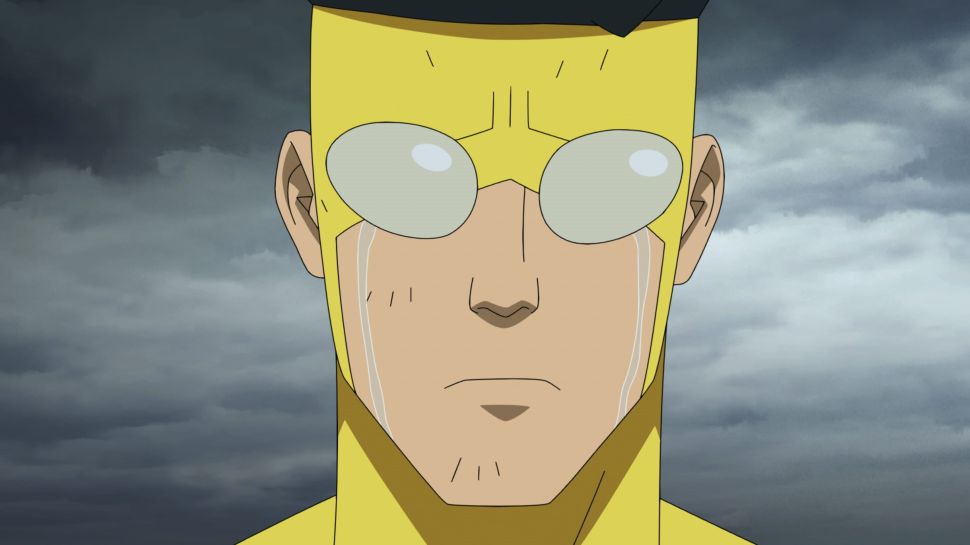 The Politics Of Left-Wing Attacks On Black Republican Tim Scott