Is Trevor Lawrence too serious about his faith to be a great QB? — GetReligion 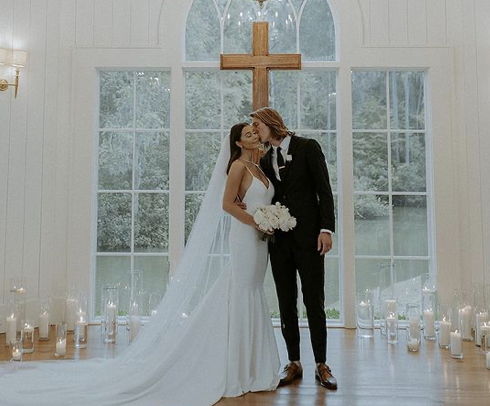 The short section of the story that discusses the quarterback’s faith seeks to contrast Lawrence with his older brother, Chase — an artist who is open about the years in his life when he doubted and strayed.

That leads to this passage:

[Chase] has since sobered up and devoted himself to Christianity, but he remains a questioner. He and Trevor discuss religion frequently, and both understand that part of being devout means asking why.

“I got to a point to where it really just wasn’t enough for me to like, blindly follow something,” Trevor says. “I have to understand it a little bit. And that’s where we’re at now. We’re just always having good conversations. … I’m in my 20s, I’m getting older, kind of transitioning into adulthood, and now it’s like, O.K., ‘What’s really important to me? What do I believe?’ ”

Football is not religion, of course, but there are similarities in Trevor’s approach to both. He is a passionate believer, but on his terms.

OK, I’ll ask: What do they discuss?

There’s no way to know, since the SI team doesn’t get into that. This next passage is the closest the article comes to responding to the earlier thesis statement:

The sports world is teeming with people who use religion out of convenience. Lawrence vows never to sign an eight-figure contract and call it “God’s plan.” That is narcissism cloaked in religion. He will also enjoy the sport because he has always enjoyed the sport, not to prove his worth to some TV pundit. Lawrence will be the Christian he wants to be and the football player he wants to be. He will decide what he is getting out of his Sundays.

I found myself asking a few basic journalism questions, such as: Does the Lawrence family attend a specific church, maybe one that has a pastor who knows them pretty well? Was there a pastor who played a key role in the life of Trevor Lawrence who could, you know, be interviewed?

As you would expect, these questions are “religious” or even “conservative.” Thus, news consumers need to seek answers in the Baptist Press piece that ran with this headline: “The community that helped build Trevor Lawrence.”

The lede on that post noted: “Trevor Lawrence isn’t your typical 21-year-old, but he was a fairly normal church kid.”

The key here, as anyone knows who has heard a sideline interview with Trevor Lawrence, is that Christian faith is a crucial element of his story and his worldview. It’s part of his “sense of self” and he isn’t reluctant to discuss that.

That being the case, why was SI so reluctant to put this man’s faith higher in the story? Why not ask the obvious religious questions and, thus, include some essential facts about his life? Does he have the wrong kind of beliefs?

35% of Americans Would Prefer A Chip to a Vaccine Passport –

35% of Americans Would Prefer A Chip to a Vaccine Passport -