How to unlock and play The Mercenaries in Resident Evil Village

To unlock The Mercenaries in Resident Evil Village, you have to beat the campaign. Afterward, you’ll earn Completion Points, or CP, to spend in the Extra Content Shop. Don’t worry, The Mercenaries only costs 200 CP, and you should have upward of 30,000-40,000 upon completing your first playthrough. You can now access The Mercenaries from the Bonuses menu. It’ll be right at the top.

The Mercenaries: mechanics and gameplay

There are eight stages in The Mercenaries, beginning with The Village, The Castle, The Factory, and The Mad Village. Those four stages repeat on a more challenging difficulty and are called The Village II, The Castle II, etc. We’ll refer to them as “front four” and “back four.” Spread around these stages will be gold time-extending orbs and blue ability orbs. These will play a crucial role in achieving high scores in The Mercenaries.

Before you embark on your Lycan-slaying adventure, you’ll purchase weapons, equipment, and upgrades from The Duke. Each mission has a set number of areas for players to clear, and they’ll be stopping at The Duke between each location. Spend your Lei wisely, and make sure to upgrade your guns before heading back out. Conserve ammo, avoid damage, and, most importantly, keep your combo alive. Let’s get into some of the more nuanced strategies.

All abilities and what they do

Keep an eye out for blue ability orbs spread around each area in The Mercenaries. Approach and interact with the orb to break it and gain a new ability. These are like perks or power-ups for Ethan that will aid in his quest for SSS rank. Here is a list of every ability in The Mercenaries and what each does.

Additionally, you can unlock four other abilities by achieving A ranks on the front four stages. You can activate orbs while on the move and even have a split second to do a quick turnaround before entering into the ability selection screen. Those milliseconds add up quickly when trying to keep your combo alive.

While these first four stages aren’t a walk in the park, they are significantly easier than their level II counterparts. The absolute best thing you can do is buy and upgrade the sniper rifle. Before embarking on a new area, sell all your handgun ammo and most of your shotgun ammo. Skilled players can afford to sell their first aid spray as well for extra Lei.

Players who can achieve a B rank on each stage will be permanently rewarded with 5,000 bonus Lei for that mission. To unlock new stages, you must achieve an A rank on the last stage unlocked. For example, The Village is the first stage available. To unlock The Castle, you must get an A rank on The Village.

The rewards really ramp up once you achieve S rank. Players can increase their score even further for SS and SSS ranks. We’ll get into those rewards later. S ranks on the first four stages will reward you with new abilities. They are:

How to get S rank (front four stages)

To achieve an S rank on the front four stages in The Mercenaries, you’ll want to focus on upgrading your Sniper Rifle. Assuming you’ve already achieved a B rank and gotten the bonus Lei, you can sell your shotgun ammo, handgun ammo, and First Aid Spray for an additional 11,250 Lei, giving you a total of 51,250 Lei to spend. Here’s how to spend it.

We aren’t worried about the Sniper Rifle’s firepower during these first stages as it’ll one-shot every enemy. You’ll also start with 10 bullets in your pistol and find plenty of handgun ammo along the way. You probably won’t need it, though.

Try your best to get multi-kills with the sniper. Let enemies line themselves up to kill two or three at a time. This will save precious ammo. Multi-kills will also aid in keeping your combo alive and bumping you up to a 1.5x and 2x score multiplier.

Memorize the map layout and enemy spawns. The Mercenaries will spawn and trigger enemies the same way every time, similarly to Dark Souls. However, those enemies will still think for themselves and may not attack in the same fashion each time. Other than enemies, Time Extending and Ability Orbs will spawn in the same spots. However, the abilities will be randomized each time.

Memorize the enemy spawns to determine the best path through the level. You want to be constantly running and gunning. Don’t feel pressured to kill every enemy in front of you as fast as you can. Weave in and out to extend your combo, grab the orbs, and avoid damage.

Killing all the enemies in an area will net you 50,000 bonus points toward your score. You’ll hear the announcer say, “Great!” once the last enemy falls. Killing every enemy without breaking your combo will net you the best possible score. You’ll know you’ve done this when the announcer says, “Amazing!” Of course, the faster you can pull all of that off, the better. You’ll receive additional bonus points based on how much time you’ve got left on the clock. The most important thing to remember before completing the area is don’t reload.

Once you’ve cleared an area, you’ll end up back at The Duke. Now’s the time to upgrade your Sniper Rifle damage and buy the W870 Shotgun. Again, sell off your First Aid and handgun ammo. However, don’t sell all your shotgun rounds. Save between 10 and 15.

Upgrade the ammo capacity on your sniper to fill up your current magazine. That’s why you can’t reload before going back to The Duke. It’s free ammo. If you can, upgrade the Ammo Capacity and Fire Rate on your new shotgun as well.

The Factory is, by far, the most challenging stage in The Mercenaries. The best thing you can do to achieve an S rank on the first Factory stage (other than what we’ve mentioned above) is to memorize where the Sniper Ammo is on the map. Right before entering The Foundry room at the beginning of Area 1, look to your left to find ammo. Then, in the room where the Propeller Head enemy spawns in, you’ll find more Sniper Ammo on the low maze-like walls.

How to get S rank (back four stages)

The back four stages of The Mercenaries in Resident Evil Village ramps up the difficulty. Ethan will take more damage from incoming attacks, and he’ll be significantly handicapped by the items The Duke has available. You’ll no longer have access to a Sniper Rifle and Shotgun. Instead, you can buy the Magnum and Grenade Launcher. However, the Magnum only comes with a handful of shots and doesn’t allow for additional rounds to be picked up or bought. Use them wisely. You can buy Explosive and Flashbang rounds, but at 50,000 Lei for the weapon itself, you’ll never make it through the first area.

It’s imperative that you stun-lock weak enemies with your pistol. Shoot the skinnier enemies in the legs to make them fall down and then unload on their heads. If you can’t manage to get the kill, you’ll be able to escape and reposition. Stun-locking enemies is also a great way to damage them, grab an orb, and kill them to keep your combo alive.

For Lycans, you’ve got to score headshots. They don’t stun as easily as the skinny enemies do when shot in the legs. Headshots will stagger them and occasionally cause them to fall backward.

How to S rank The Factory (back four)

As mentioned, The Factory is the most challenging Mercenaries stage, and the back four stages exemplify that. It was hard enough taking down all those drill enemies with the sniper; now you’ve got to do it with your pistol or with a well-placed magnum shot.

Do the following at The Duke before embarking on the first area of The Factory II:

Remember, you’ve only got a limited number of shots in the Magnum, and you’ll need at least three to take out Lady Dimitrescu’s daughters. However, you don’t have to kill every enemy on the back four stages to achieve an S rank. Conserve ammo, and once you’ve defeated the three daughters, book it for the finish line. As long as you’ve managed to build a decent combo prior, you should earn enough points from the first stage when combined with your time bonus.

When you’re back at the Duke, sell the Magnum and buy a Grenade Launcher. Buy as many launcher rounds as possible as well. Use any leftover Lei to purchase First Aid spray and pipe bombs if you’d like.

Try to use your pistol as much as possible in the second Factory area. Use the Grenade Launcher to stun the drill enemies, then quickly switch to your pistol and blast away at their red cores.

Keep an eye on your score and book it to the escape area as soon as you’ve killed enough enemies. The time bonus should get you to the desired score of 545,000.

Other than unlocking more stages, abilities, and Bonus Lei, players can unlock a secret reward in Resident Evil Village Mercenaries Mode. We are, of course, talking about the LZ Answerer melee weapon. To unlock the LZ Answerer, you have to get an SS rank on all missions in The Mercenaries.

The LZ is a lightsaber that will eviscerate enemies through the entire Resident Evil Village campaign. It’s red and dual-sided like Darth Maul’s iconic weapon. Once you’ve gotten SS ranks on all Mercenaries maps, you can buy it for 70,000 CP from the bonus content shop. Then, while playing the campaign, buy it from the Duke. The LZ Answerer is essential for completing the Knives Out challenge. Knives Out requires players to complete the story using nothing but close-combat weapons, i.e., melee weapons.

The pandemic effect is slowing – TechCrunch 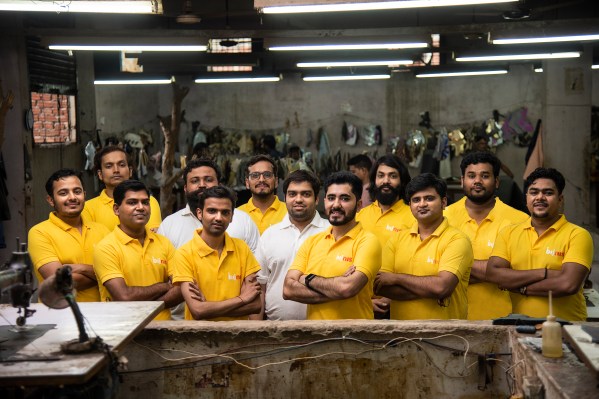 The pandemic effect is slowing – TechCrunch