Here are two recent stories that struck me as worthy of the attention that’s too often withheld. One involves China, the other India. The only connection between them is that they both reveal deep truths about the religious reality of the societies they report on.

Let’s start with China, the more straightforward of the two stories.

It comes from Foreign Policy and ran under the intriguing, but incomplete, headline: “The Chinese Communist Party Is Scared of Christianity.”

Why incomplete? Because as the writer notes, it’s not just Christianity that scares China’s totalitarians rulers. It’s all unauthorized official thinking, religious or otherwise.

Did the headline mention Christianity alone because editors figured that would play best with their mostly western readership? Is this another example of algorithmic journalism?

I wouldn’t bet against that. But the limited focus headline is also why I initially paid the piece little mind.

Anti-Christian oppression in China? Sorry. That’s a real story, but I’ve already read that one over and over.

However the reality is all religions scare Beijing’s political elite. That’s because all religious paths offer alternative world views. That’s an unnerving prospect for a government ruthlessly demanding total citizen loyalty, both in actions and thought.

We get story after story of China’s oppression of its Muslim, Tibetan Buddhist and underground (and even its officially sanctioned) Christian communities. Sometimes a story about one of the groups includes a graph or two noting the woes faced by the other two.

But rarely are these individual obscenities tied together as clearly and succinctly as this opinion piece did to underscore a bottom-line truth about China’s suppressive policies. This relatively quick read is the sort of journalism we should reserve our limited bandwidth for.

Too bad it ran in a relatively small circulation elite Washington think-tank publication. It’s the sort of coherent, contextualized explainer I’d love to see the likes of CNN and Fox offer their much larger audiences. But I won’t hold my breath.

Here’s a key section of the piece. It’s longer than the usual block quote to spare you potential paywall frustrations.

The assault on Christian practice in China is, of course, neither new nor unique. The [Chinese Communist Party] has always imposed limits on believers, and Chinese imperial states’ relationships with faith were often fraught. During the Tang dynasty in the 9th century, Emperor Wuzong sought to cleanse the country of foreign influences. He targeted not just Buddhism, then seen as an outside, Indian religion, but also Nestorian Christianity and Manichaeism. China’s current fixation with “foreign” religions has its roots in the 19th century Qing dynasty, when Christianity and its attendant missionaries were intimately linked with Western imperial powers picking apart the Chinese empire, during what Chinese historians call the “century of humiliation.”

The Taiping Rebellion, led by an eccentric Chinese Christian leader who preached his own localized version of the faith and accompanied by Islamist rebellions across the country, only solidified the fear of foreign religion in the minds of the Chinese elite.

In recent years, Islam has been even more of a target than Christianity—not least because it’s closely associated with specific ethnic groups, such as the Uyghurs, the target of an ongoing genocide in the western region of Xinjiang. At least 1 million people have been locked up in “re-education” camps designed to erase their ethnic and religious identity through indoctrination and torture. And other Muslim groups, such as the Hui in central China, are now seeing harsher restrictions on their faith.

The ultimate goal seems to be to suppress any kind of identity—religious, ethnic, or ideological—that might challenge the CCP’s authority, whether now or in the future. As Sean Roberts, an expert on the Uyghurs’ persecution and director and associate professor at George Washington University’s Elliott School of International Affairs, put it, China “is most concerned about religion when they think it can foster a turn away from party ideology, especially when it fuels [separatist] nationalism as in the case of Tibet and the Uyghurs.”

The India story I have in mind works for me because of its similar depth. It’s based on a recent Pew Forum survey about religious tolerance in India, which boasts as complex a religious culture as any nation on the planet.

It’s a story that, so far, has been largely overlooked by elite international media. It did, however, receive some coverage in Indian and Australian media, plus the BBC.

The version I’d like to spotlight comes from The Diplomat, an analytically oriented news magazine focused on Asia and the Pacific.

We often hear how India’s current Hindu nationalist government has favored Hindus over Muslim and other Indian religious minorities. But what is it in Indian culture that has made this divide-and-conquer strategy so politically effective?

Boring into the survey’s substrata of findings allowed the writer to come up with the answer.

Indians told Pew pollsters they believe in religious tolerance. How nice! However, the deeper reality is that Indians want little to do with their countrymen and women of other faiths. Here’s another fat excerpt, this time from The Diplomat:

Much has been written about Indian diversity, and for good reasons: The country is exceptional in terms of numbers of linguistic, ethnic, and religious communities living side by side. The history of how their beliefs and customs mingled and influenced each other is also notable and fascinating. But it must be stressed – and the [Pew] survey is yet another confirmation of this – that the fact that religious beliefs mingle does not necessarily mean that religious communities wish to mingle as well. A marriage between religious concepts does not have to inspire marriages between religious groups.

Let me pick some of the findings of the survey. On one hand, it shows how particular cults and beliefs cut across the borders of broadly defined faiths. “In Northern India,” the survey indicated, “12% of Hindus and 10% of Sikhs, along with 37% of Muslims, identify with Sufism,” a mystical strand of Islam.

But at the same time the report does confirm a well-known social truth that Indian religious communities often lead separate lives, in the sense that they seldom intermarry and that a person’s circle of close relations often consists mostly of persons from one’s own community. This is especially true for social divisions between the three largest religious groups: Hindus, Muslims, and Christians. Followers of three smaller religions which historically had grown out of Hindu communities – Sikhs, Jains, and Buddhists – are not that socially distanced from Hindus, while they remain largely distanced from Muslims and Christians.

As per the survey, most Indian respondents do not want to allow the women of their religious communities to marry men from other communities. This was declared by 67 percent of Hindu respondents but also by as much as 80 percent of the Muslim respondents. …

Similarly, a majority of the survey’s respondents declared that most of their friends come from the same religious group, and a substantial number of respondents did not wish for people of other faiths to be their neighbors. Among Muslims, 25 percent did not want Christians as their neighbors and 26 percent thought the same of Sikhs, but just 16 percent had the same attitude toward Hindus. In case of Hindus, as much as 36 percent did not want Muslims as their neighbors while 31 percent had same reservations about Christians.

This level of detail fascinates me. But unless I cut back on my bloated intake of superficial attention grabbers, I simply can’t get to the more analytical, deeper material I crave.

My guess is more than a few of you who’ve read this far are frustrated by a similar news glut.

Sorry, but I have no easy answers for you. Staying even minimally informed is an increasingly painful process.

Though it helps to generally avoid the spin jockeys working both ends of cable news’ political spectrum.

Got another suggestion? You’re welcome to leave it in the comments section below.

FIRST IMAGE: From a collection of Pinterest art options.

What to expect from Schlumberger’s Q2 results?

Michael Barrios continues to prove himself as top addition for Rapids 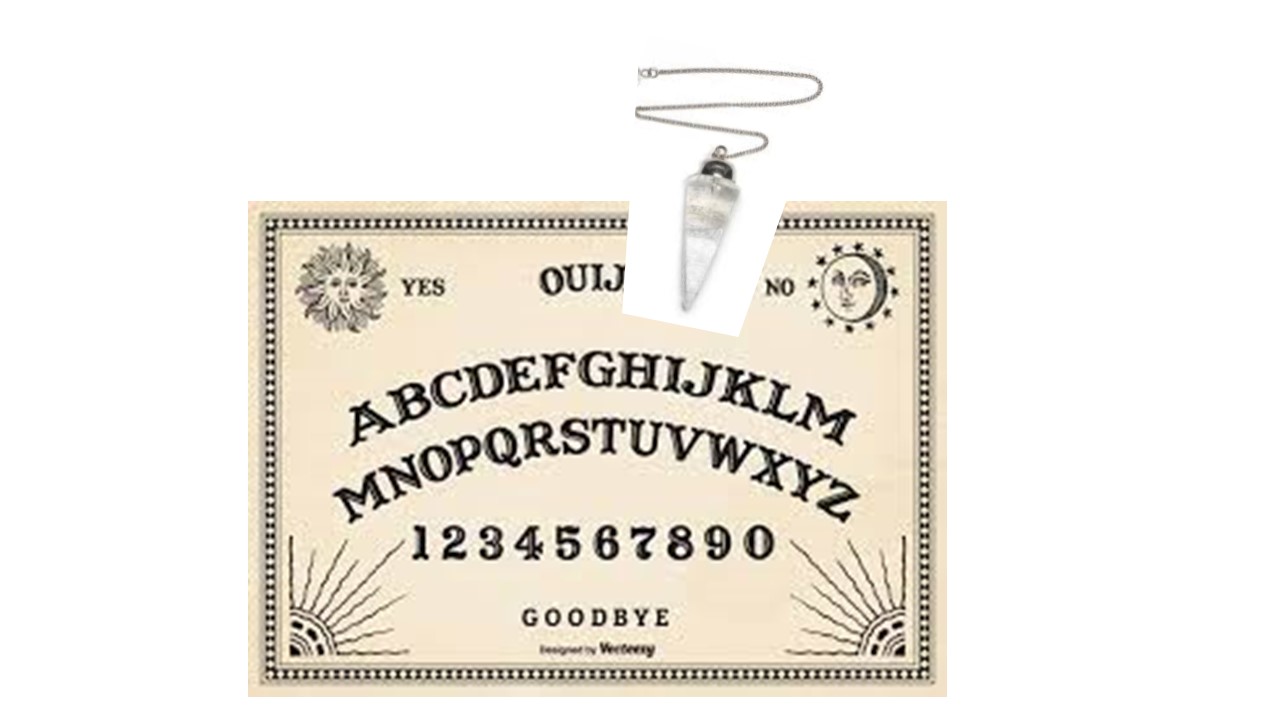 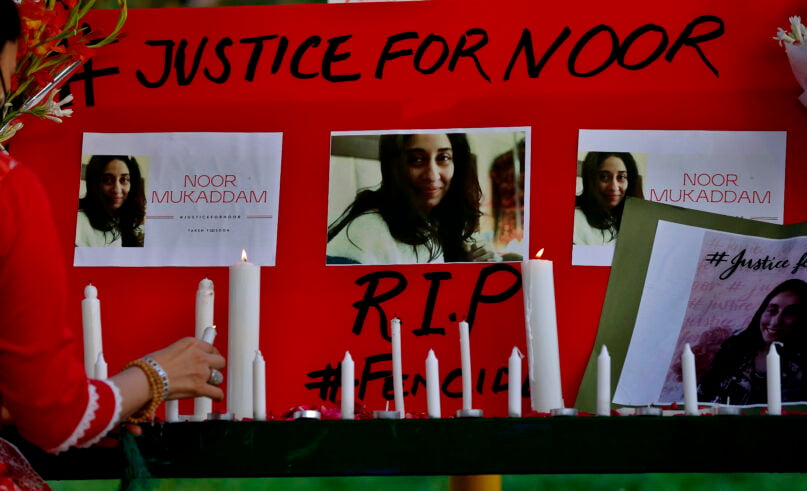 Michael Barrios continues to prove himself as top addition for Rapids