Why are we going gaga over Jeff Bezos doing something a monkey did 72 years ago? 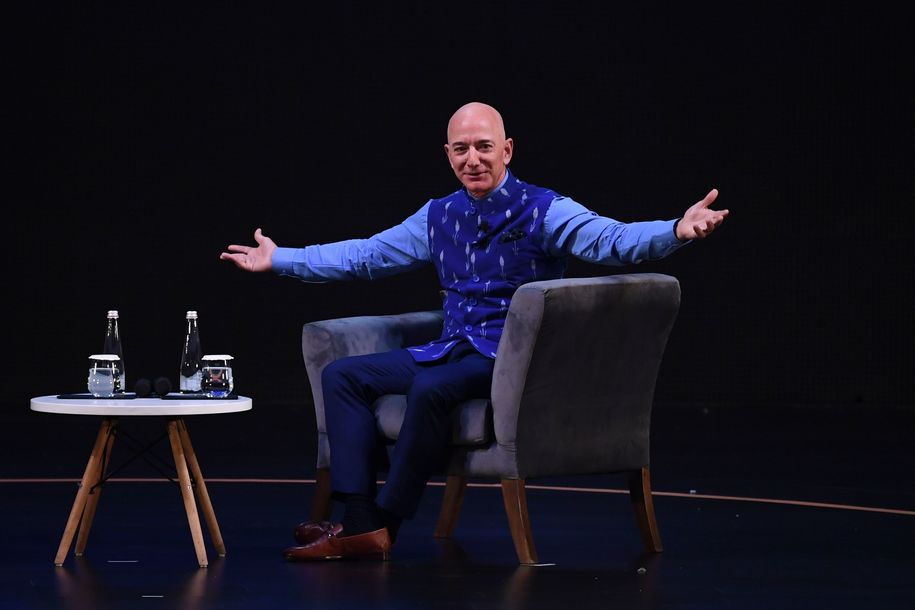 I suppose this flight is historic because it included both the youngest and oldest humans ever to travel to space. But if we’re going to start doing that, maybe I could eventually be the first middle-aged Star Trek fan to go (literally) weightless. It would be an honor, and far more fun than getting drunk on the Tilt-A-Whirl.

Of course, if there’s ever been an argument for a wealth tax, this is it.

While the rest of us plebs are forced to wrestle with climate change and a society that’s decided it’s okay to force employees to work themselves ragged with only occasional pee breaks, rich folks like Branson, Bezos, and—soon!—Elon Musk are taking pointless joyrides.

Oh, and Bezos would like to thank his employees and their makeshift pee bottles for helping make it all happen.

But while Elon Musk seems to be building toward loftier goals (i.e., colonizing Mars), Bezos and Branson appear to be building companies that simply offer opportunities for space tourism, which is a big, gaudy, carbon-intensive waste of time. Sure, it would be fun to experience weightlessness. And it would be great to look out the window of a spacecraft to see if I can find my house. But it’s a silly waste of time and energy, really.

Ultimately, this is a symptom of our out-of-whack tax system, which Republicans would like to skew even more egregiously toward the “needs” of the wealthy. Instead of launching people with too much money into space, maybe we could build some public transportation here—or get serious about greening our economy.

Republicans get hives whenever anyone suggests taxing people like Bezos more. Heck, they can’t even commit to confronting rich tax cheats. But imagine what a small portion of Bezos’ wasted wealth could do for ordinary people on Earth.

Maybe it’s time we put an end to billionaires and use our nation’s resources for the good of everyone, not just those in the rarefied echelons of society. And maybe—just maybe—the media could stop fawning over a guy who’s 72 years behind a monkey.

It made comedian Sarah Silverman say “THIS IS FUCKING BRILLIANT” and prompted author Stephen King to shout “Pulitzer Prize!!!” (on Twitter, that is). What is it? The viral letter that launched four hilarious Trump-trolling books. Get them all, including the finale, Goodbye, Asshat: 101 Farewell Letters to Donald Trump, at this link. Just $12.96 for the pack of 4! Or if you prefer a test drive, you can download the epilogue to Goodbye, Asshat for the low, low price of FREE.