Why does no one, including the New Yorker, want to address the Catholicity of Joe Manchin? — GetReligion 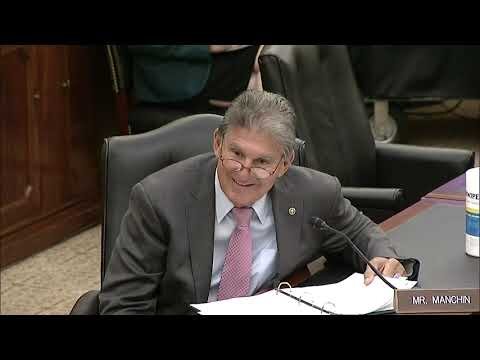 Since the New Yorker team obviously did not in-depth research on the man’s religious beliefs, let’s see what other publications have done. His office put out a press release:: “Deep Faith a Big Part of Manchin’s Life.” It talked about how they simply didn’t miss Sunday church. Then some quotes:

“I was raised with an awful lot of faith in God.”

But denomination or religion is not important, he added.

“What matters is sacrificing for your neighbor. The wealthy sometimes have a hard time giving. My father would sometimes borrow money from the bank to give it away…

“From going to church in Farmington, a certain amount of structure was there. That’s how all of us were raised, with unconditional love.

“That did as much, if not more, to shape me and the belief I have in God and ultimately people, that good can come. Church has structure and discipline.

OK, not particularly deep thoughts, but it shows the man has some sense of the divine.

Back to the Catholic angle: What church does he attend when he’s home? What does his priest think of him? How about the local bishop?

We’re not talking about one of many Democrats here; we’re talking about the only one in the Senate who is pro-life. Certain Manchin’s fellow Catholics get this; read this open letter to him from Jesuit-run America magazine.

This piece, broadcast by a Wheeling, W.V. TV station, talks about Manchin’s presence at an event fusing environmentalism with the Catholic Church. So there’s a there there. And here is an open letter to him from the National Catholic Reporter disagreeing with Manchin refusing to go along with other Dems in trying to do away with the filibuster.

The New Yorker may not really register the Catholicity of this man, but others do. I’m not saying it’d be easy to get Manchin to say anything substantial about his faith. In a 2017 profile, Politico scraped together a few more details about Manchin’s existence as a blue-dog Democrat; a breed that is almost extinct.

Manchin is a Democrat because of the Kennedys, and because he was and is Catholic, and because of coal and the unions of workers who pulled it out of mountains, and because of where he grew up, and when—the 1950s and ’60s, when basically everybody in West Virginia, and especially in Farmington, up by the Pennsylvania border, was a Democrat.

That was back in the day when one could be conservative on cultural issues and a Democrat and no one would blink an eye. They don’t make them like that anymore.

So Manchin is part of a vanishing breed. But remember, once there were quite a few conservative Catholic Democrats like him and any story on this man needs to include details about the faith that brought him to where he is today.